hear from those who know us best 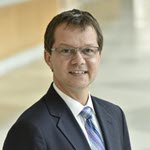 In my nearly two decades working with Rick and his colleagues – most of which occurred when I was Director of International Programs at Duke University/Fuqua School of Business — Rick became my most trusted adviser in terms of international travel. He would echo our university-wide Risk Manager and often be ahead of him in terms of planning and response. Simply put, Rick is in a category of his own. During that time, having sent hundreds of demanding faculty and well-traveled MBA students, Rick and his team worked very well with all parties from brainstorming on destinations and experiences, coaching all parties, crafting the best plans, and executing them. This allowed us to scale up without losing on quality.

Among the stories that proved the value of Rick’s services and expertise, I was escorting a group in India when our return flight was cancelled due to an ice storm in New York. Our inbound plane and many other aircraft were grounded. The airline told us it would be a week before we could get our group back home, which would have meant students missing a week of classes – a disaster in the making with intensive 6-week terms. With a lot of creative work, Rick was able to reroute half of the group back through London and the other half through Beijing and San Francisco. He continued to stay in touch with both halves of the group until everyone made it back to North Carolina within a few days. Other MBA groups trying to return from India but working with other service providers were slow to react and came back a lot later than we did. 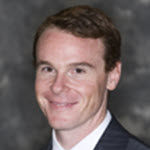 Director of MBA Global Connections, McCombs School of Business, The University of Texas at Austin

Over the past 12 years, we have worked with Laura Bunch to plan more than 50 group travel experiences to 5 continents, over 20 countries, and even more cities. For each trip, Laura went above and beyond in her attention to detail, communication, and commitment to planning unforgettable experiences. Whenever Laura is involved in a program, I know that the planning will go smoothly. Even if we run into unforeseen circumstances while traveling, Laura always knows about it and communicates options to safely resolve the issues. She is always just a phone call or email away for requests large and small before, during and after the trip. Laura takes the time to understand our group, their needs, and their motivations to craft an itinerary that makes everyone happy. She not only knows how to get the best experience on visits to the standard tourist sites, but also incorporates authentic experiences to match the interests of our group members. The result is always a unique travel experience that could not have been created by someone who didn’t have advanced knowledge of the locations to be visited. Most importantly, Laura has great skill in connecting with others and is a pleasure to work with. Laura’s years of experience, organizational skills, and ability to connect with her clients is a tremendous asset to anyone planning once in a lifetime trips. 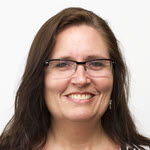 I began working with Rick Rosenfeld in 2008, the second full year of our International Experience trips. We soon discovered that there were very few destinations Rick could not support, and his depth of knowledge of the destinations we were contemplating was immense. As the program was new, we relied heavily on Rick’s strong destination knowledge, attentiveness to our needs and his top notch crisis management skills. He helped us to identify and plan for contingencies we had not thought of, providing us the peace of mind which allowed us to better concentrate on creating pedagogically rich programming for our students. I personally learned so much from Rick which has helped me throughout the past 12 years as a travel program manager.

Rick was instrumental in securing the safety of one of our groups in the wake of a tragic natural disaster. When the 2011 earthquake and tsunami struck Japan, a program administrator’s worst nightmare, Rick’s leadership and commitment went well beyond all expectations. We had a group of 30 students north of Tokyo when the earthquake hit. The ground team in Japan successfully got the group back to Tokyo for the night, when news of the radiation leaks became public. Uncertain about the impact of the Fukushima crisis, Yale SOM decided to bring the group home, in consultation with Rick who provided constant updates on the conditions of not only the area, but of the airports and trains.

Over the next two days, the group was moved safely to Osaka in western Japan, then to Seoul, Korea where Rick was able to arrange inexpensive one-way flights home, and arrange to provide each student with local currency. This was quite a miraculous outcome when, at the time, we were seeing thousands crowding the airports in Japan, many sleeping on the floor, trying desperately to leave the country, on the news at all hours. Rick kept us updated around the clock as the evacuation unfolded. It is an event I will never forget, and could never have imagined a better outcome.

In addition to safely evacuating the entire group (who by the way were not all heading for the same final destination and had visa considerations to take into account), Rick was able to negotiate a near-total refund for unused services in Japan, including full refunds for all hotels and buses. 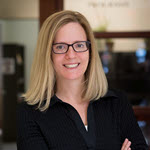 Over the course of several years, I got to know Rick in his role as the head of risk management for WorldStrides. For whatever reason, our travel groups from Montclair seemed to have more than our fair share of random challenges.

One of the most significant – and one with the greatest potential safety risk to our students – was a January 2014 program in India and Thailand. Starting in December 2013, Thailand began experiencing extreme social unrest with increasingly violent protests occurring in Bangkok. We spent a lot of time with Rick assessing the situation and the geography of the city and determined that we could keep the group safe with some slight modifications to the program. Rick created a map that divided Bangkok into “Red Zones” and “Green Zones”. The group’s hotel was in the green zone and students were instructed they must stay in the green zone during their free time.

The companies we were scheduled to meet were extremely flexible, with one presenter even coming to the group’s hotel. Despite the uncertainty, we always felt confident that Rick was looking out for our student group and scheduled daily morning and evening calls with our leadership team to not only update us on the group safety measures but provided us with detailed up-to-date feedback on the actual protests and violence based on reports from his in-country contacts. Rick certainly went above and beyond.

The group experienced no safety issues during their trip and returned with amazing stories about their visit to Bangkok. 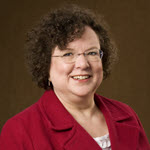 When he was Executive Director of Hands of Peace, Rick planned trips for my two teenagers to Israel and West Bank/Palestine to experience first-hand the extreme challenges in the region. Each trip had time scheduled in Tel Aviv, Haifa, Jerusalem, Bethlehem, Hebron, and Nablus, and included homestays with local families my teens had met when they were participants in the Hands of Peace summer program.

At the start of my son’s trip in March 2017, the inbound Lufthansa plane was delayed by 12 hours, meaning the group would miss their connection in Frankfurt and would lose their first day in Israel. I was at O’Hare Airport and watched as Rick skillfully worked with the Lufthansa staff to reroute the group through Munich then Frankfurt so they would be able to start the program on time. My son’s travel ran smoothly due to Rick’s experience and dedication to his travelers. The trip experience was powerful and life changing.

Unfortunately my daughter’s trip was scheduled in March 2020 and was cancelled due to COVID-19. Prior to cancellation, Rick did an amazing job explaining contingency plans if the trip would have been able to continue. Once the trip was cancelled, Rick worked on our behalf with the tour operator, the travel insurance company, and the airlines and was able to secure 100% refund for all trip costs.

Assistant Director of Global Programs, Feliciano School of Business, Montclair State University
I had the pleasure of working with Alexandra Edwards for many years on customized travel programs for medium to large group travel. Alex’s knowledge and attention to her clients helped me to expand our travel portfolio across six continents and over 25 countries. She has an eye for details, personalized experiences, and day to day coordination before, during and after travel. I felt completely at ease with Alex at the helm of creating our itineraries and keeping an eye on risk management when evaluating our destinations. This team is globally well connected with a wealth of experience and top notch service quality. Over the year’s Alex and Rick’s patience, insight, and skilled planning has delivered memorable experiences impacting the lives of hundreds of our graduate students. I highly recommend them without reservation to create a memorable and unique travel experience. 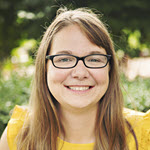 I have worked with Laura and Rick on a number of programs for over a decade and have consistently found them to be a valued partner. Laura is extremely conscientious and brings a personal and thoughtful touch to all of our engagements. I knew that whenever I contacted her she would make time for me, answer my questions thoroughly, and would get back to me quickly with anything outstanding. We worked together through a number of tricky situations and I trusted Laura to always be an honest and clear communicator and to work to the best of her ability to resolve any issues that arose.

It is rare to find partners like Laura and Rick who can be relied on to bring years of experience in the industry to every discussion. I would not hesitate to recommend them for their knowledge, insights, and connections they have around the world.