your journey back in time

Turkey remains an all-time favorite for many travelers who love to blend history, culture, and nature. Istanbul is a vibrant city along the Bosphorus Strait and hosts many fascinating sites, including the Blue Mosque, Topkapi Palace, and Hagia Sophia. The latter was a church, a mosque and a museum and was recently (and controversially) converted back to a mosque. While many travelers rave at the massive Grand Bazaar marketplace, I prefer the solitude of the nearby Underground Cistern, a Roman-era aqueduct that is open to the public. The Cistern garnered global attention when it was featured in the chilling last chapters of Dan Brown’s novel Inferno. 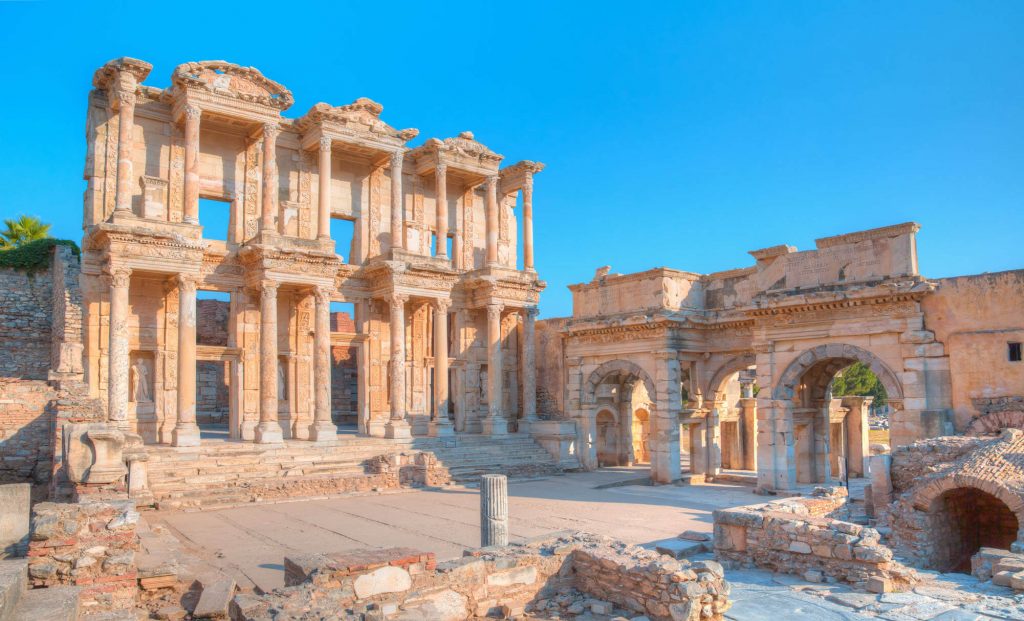 For a truly unique experience, we love sending clients to Cappadocia, known for its rock-hewn sanctuaries and “fairy chimney” landscape. Here, you can hot air balloon over the rugged landscape and even stay at a cave hotel carved into the rocks.

From a historical perspective, there are so many Greek ruins scattered throughout the western half of the country, most of which are more accessible than their counterparts across the Aegean Sea in Greece. The most robust site is Ephesus located between the cities of Izmir and Bodrum. At Ephesus, you can still see the grooves from chariots carved into the ancient streets, and visit the House of the Virgin Mary, where Mary lived until her death at age 101. 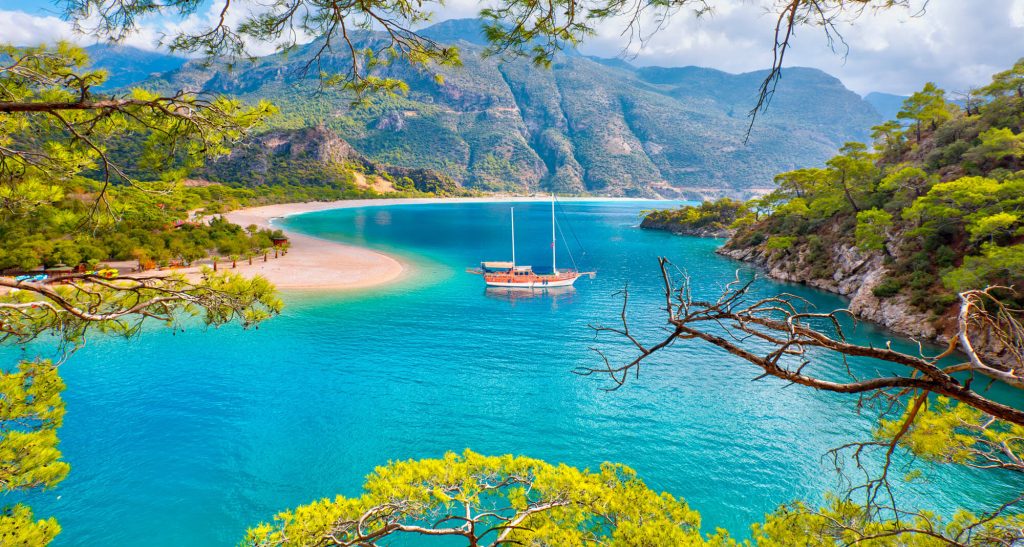 While the beaches along the Aegean and Mediterranean coasts tend to be more rock than sand, taking boat trips along the coasts offer amazing vistas and a chance to escape. If time permits, you can charter a gulet – a wooden Turkish sailboat – for a multi-day trip around the region, harboring in secluded coves and swimming in the warm waters.