costa rica – in search of my perfect trip

As I get older, my personal definition of “the perfect trip” continues to evolve. I am far beyond the budget years of my 20s and early 30s when my wife and I would look for the least expensive trip we could find – eschewing the $20 per night upgrade to move from a 3-star to a 4-star hotel. For most of our adult life, though, we have tried to strike a balance, striving for a comfortable trip without dipping too much into savings. On each trip, we will find something to splurge on. In Peru, it was the 5-star Belmond Monasterio in Cusco – a gorgeous hotel stay ruined only by a car alarm that blared from 2 a.m. to 4 a.m. during the middle night of our visit.

It wasn’t until our 2019 trip to Costa Rica with our daughter that we decided to go luxury all the way. After an initial night at the airport Holiday Inn Express (OK, I’m still not willing to fork over the big bucks for a midnight to 8 a.m. stay after an international flight), we embarked on an immersion more typical of how many of my clients have always traveled. And even though the re-launch of my travel company was more than a year away, the result was truly a Journey Softly itinerary.

This was my fourth trip to Costa Rica, and I have planned dozens of trips there over the past two decades. So I had a good idea of how I wanted to craft this itinerary for my wife (her second trip) and daughter (her debut visit). We divided our trip into three segments: The Volcano Hot Springs. The Beach. The Rainforest. We hired private driver/guides to get us from point to point. Not only were the drivers our transportation, but they gave us access to locals so we could ask questions about life and culture and customs in different parts of the country.

Arenal Volcano is a five hour drive from San Jose, so basically the first day of the trip was spent in transit. Over the years, I have included a variety of stops en route to Arenal. For us, we included breaks at Poas Volcano, where you look down into the crater at a volcanic lake below, and La Paz Waterfall Gardens where we saw an amazing array of bird and animal life at the sanctuary. I had never seen so many hummingbirds before! Walking one of the waterfall trails, we discovered a band of around 30 coatimundi – Costa Rican mammals that reminded me of what raccoons might look like after six months on a Keto diet. 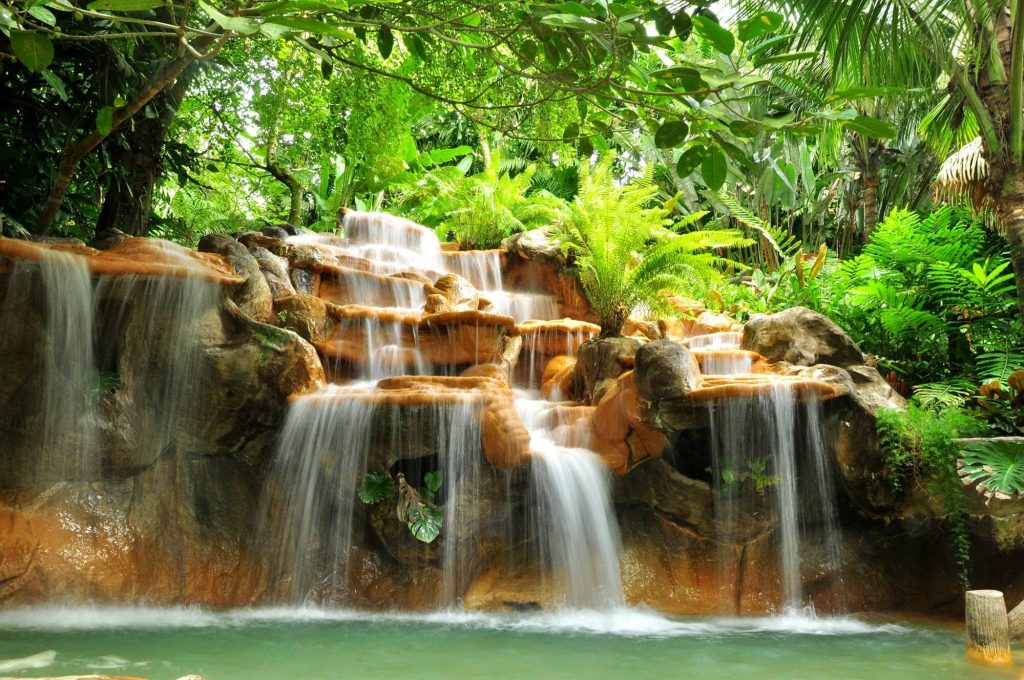 At Arenal, we stayed at Tabacon Hot Springs Resort, one of many hot springs options in the region. Complete with its own massive springs complex, Tabacon was an amazing way to relax and unwind at the start of the trip. We did include some adventure during this segment, just to get our adrenaline going. The whole family ziplined at Sky Trek, including an initial long zip through a raincloud. We have ziplined many times before, but have always wanted the “above canopy” experience that Costa Rica is famous for. The following day, my daughter and I pushed the envelope with an adventure at the edge of my personal limits. We spent the morning canyoning – aka rappelling – down a series of five waterfalls. I have often sold this excursion to clients and wanted (more accurately, needed) to challenge myself to conquer my queasiness of heights. Obviously, I survived, but being the good dad, I made my daughter go first. My wife chose a gentler adventure for the morning, a trek around the base of Arenal volcano, learning about the ecosystem and how the volcano creates its own weather.

Knowing where we wanted to start and end the trip, the beach location became a two-night plug in during the middle of the trip. You cannot describe anyone in my family as a “beach person”. All of us are far too edgy to sit in the sun or swim for hours. Still, we do enjoy short beach breaks, and the Marriott Los Suenos on Herradura Bay was the best hotel near the geographic midpoint of the Volcano and the Rainforest. The hotel was lovely with good restaurant options within walking distance, a nice shelling beach, and a massive pool with mini waterfalls and hidden alcoves. Though we could have done a boat trip or gone on a full-day rafting excursion, we opted to read, rest, and relax.

One of the areas I had never visited in my previous three trips to Costa Rica was the Osa Peninsula in the southwest corner of the country. Osa is surrounded by the Pacific Ocean and the Gulfo Dulce and is home to the massive, biodiverse, and mostly inaccessible Corcovado National Park. From our first trip to Costa Rica in 1995, we had our eye on the then-newly opened Lapa Rios Lodge which featured private bungalows built into the rainforest, high up on a hillside. At that point, we were in budget mode, but nearly 25 years later we were ready to splurge. The toughest part of visiting Lapa Rios is getting there. The lodge is around one hour south of the town of Puerto Jimenez, where most of the lodge’s staff live. The road to the lodge is filled with potholes (actually it seemed like there were more potholes than road in some places) and made for an uncomfortable ride. We arrived around dusk and I immediately fell in love. Our open-air bungalow had a private deck overlooking the canopy and the ocean. Scarlet macaws and toucans landed in the trees near our deck and it wasn’t long before we saw (and heard) the monkeys in the trees. The three nights were inclusive of meals and most activities. We did a night jungle walk and an early morning birdwatching tour, but mostly enjoyed the cool breeze and perfectly fresh air. 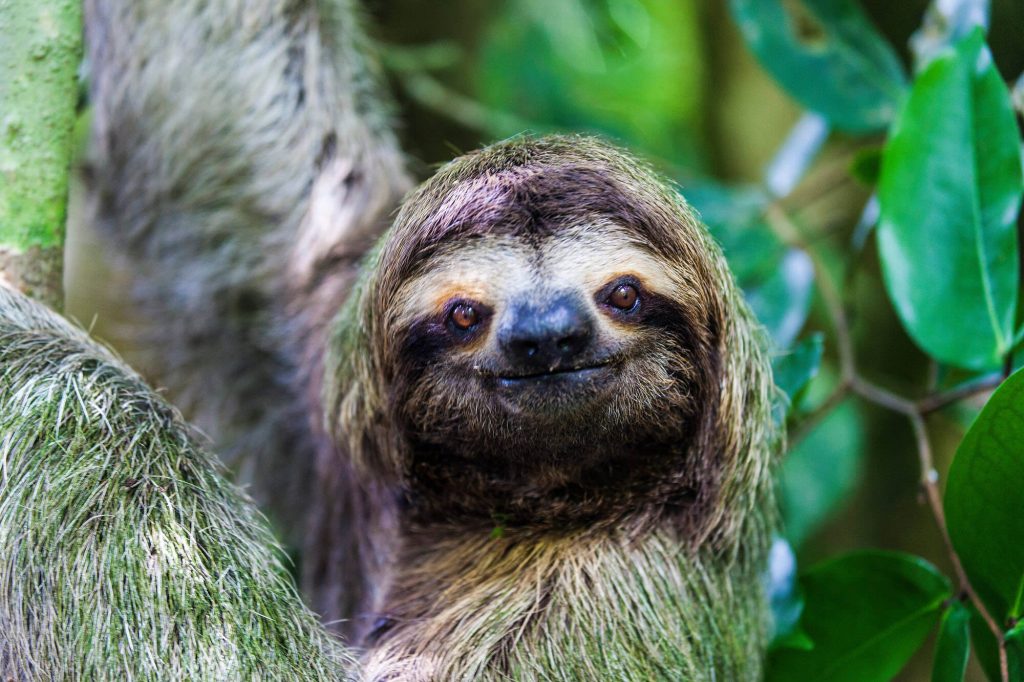 The end of the trip involved some extra planning. We decided to save our only internal flight until the end of the trip, returning from Puerto Jimenez at the crack of dawn to San Jose to catch our flight home. Given strict weight restrictions on the domestic flights in Central America, we opted to send our main suitcases to San Jose after the beach portion of the trip, taking only what we needed in our soft duffel bags for our stay at Lapa Rios. After arriving back to San Jose, we transferred from the domestic to the international terminal in plenty of time to check in for our flight back to the U.S. While I often contend that there really is no such thing as a perfect trip (e.g., I broke my little toe on a rock our second night in country), this journey came pretty close and set a high bar for planning future vacations.